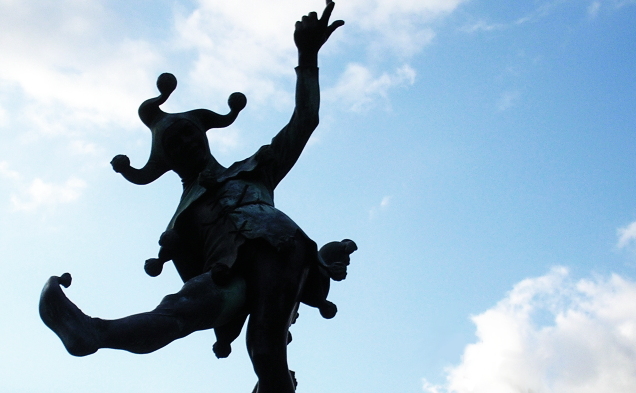 I’m almost afraid to tackle this one. Maybe I should do the math today instead of tomorrow to avoid the pressure.

I began 1000 days of daily writing on August 13th 2007. That was 1750 days ago. My original goal date was May 9th, 2010. I am almost two years late, but I am done. It’s hard to know how proud to be of this particular ending. Don’t get me wrong, I’m happy and satisfied in many ways. I just can’t help but wonder what might have come out of 1750 days of consecutive writing instead of my near every-other-day reality.

I suspect it may not have been that much better. That’s not sour grapes. I think despite the later than expected completion I’ve put in about as much effort as I could have along the way. When I started I had three kids under four; I now have four kids over four. I also have one less dog, two more dogs and one more cat. I picked the eight o’clock hour to write which became school drive time and the oldest dog’s favorite time to eat and poop. I can’t blame him; developed similar habits. I started in one office alone and ended in an entirely different office which I share. These aren’t anywhere near as bad as being stricken with cancer or losing a limb, but they were niggling enough that they took a toll.

I took some breaks. I forgot occasionally. And sometimes I said, “Fuck it.” Those are the only days I regret.

There are more than a few standout efforts I like. Hartwhile, Shanty, Benhá, Grumphook, Malachi, Pixies, Terminus, Crainewood, and Bringer come to mind for threads. (There would be more if I looked.) Fanboy, dialogue pairs, 20 minutes, and 10 plots for craft.

I’m glad I took the time to play a bit with the second person. I’m glad I found some comfort in if not much success from learning about structures. I’m glad I played with maquettes. I’m glad I’ve developed a repository of pictures to inspire me. I’m glad I can use a picture to write something new I never planned to write thirty seconds before I saw it. I’m glad I could come back from breaks. I’m glad I practiced planning ahead for known outages. I’m glad I made one submission.

I don’t know. I’ve actively avoided thinking about the answer to that obvious question. Pointless question.

I don’t expect to stop writing, but I don’t know how I can continue in the haphazard manner I’ve been carrying on these past years. I want to do more, but I want to do much differently than I have been. I want to account for plotting time, planning time, research and thinking. I want to do something which values that kind of effort in the pursuit of a goal. I want to take a break. I don’t want to feel guilty for not creating. I want to feel compelled to write each time I do.

If I had to be concrete. If I had to start something new and different and the same on Tuesday the 1001th, I’d say that I now write at night. That I have one or two threads I can alternate between. I’d say that my week has a rhythm; not my days. I’d say there were monthly and/or quarterly goals. I’d say I bring in a partner of sorts—someone to regularly discuss my work with. A manager. I’d say there would be a checklist.

That sounds much harder than 1000 days. That doesn’t sound like a break. That sounds like something only a fool would agree to.

She comes in looking for more water but leaves having escaped a rape and getting her district’s water ration reduced.

Five options:
1) Therefore she determines to break into the pumping station to rig the timers, but she needs a magician who can hack the timers.

2) Therefore she determines to sell a family heirloom to bribe the mayordomo for more water, but he’s greedy and what she brings isn’t enough.

3) Therefore she goes to the mayordomo’s home to ransom him, but she finds him dead upon her arrival.

4) Therefore she must talk down an angry mob of her fellow Bel Avi upon returning home, but the city guard arrive to impose martial law before she can calm them down.

5) Therefore she determines to steal water from neighboring district, but discovers that district has been obliterated.

6) Therefore she shadows the mayordomo hoping to find blackmail material, but she’s caught and captured while snooping by the rapist guard.

If you read 1000 Days daily and in order you know that I posed a question at the end of yesterday’s post. Maybe it was rhetorical or maybe it was more of a public wonderment and not exactly a question, but I have an answer. I’m in.

Contingent upon not being in if I feel like it later or if I want to add more plots to the stable.

Doing this the way I want may necessitate some changes in how I qualify daily writing here at 1000 Days. There will be times I need to construct the plot and that may not seem much like writing to you or even I, but it will seem as such to end-of-day-desperate Doug.

I’m off to do some of that now.