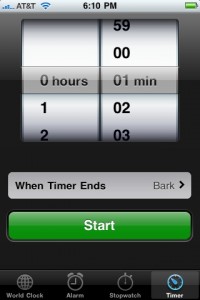 Missed my normal morning hours so I’ve filled this space up with a 20 x 1 minute drill.